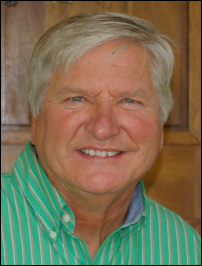 Both Bill and Grace grew up overseas as missionary kids. Bill spent ten years of his childhood in Ethiopia. It was while living in the land of Ethiopia that he received Jesus Christ as his Lord and Savior. Christ took up residence his heart at the age of five or six after a convicting message on “judgment” by his Dad and a simple presentation of the gospel by his Mom. As Bill looks back, he does not interpret that experience as a coincidental crutch or merely a psychic or visceral reaction, but a divine encounter which has made a difference in his life. The difference between life and death, heaven and hell, hope and despair. 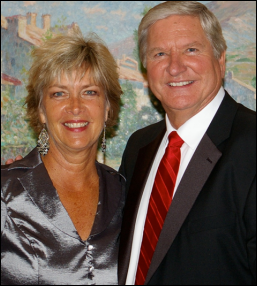 Grace was born in the Philippines and was raised in Panama. It was in Panama as a child at camp that she received Jesus Christ as Savior and made a commitment to God to serve the Lord cross- culturally. Bill and Grace met on the tennis court at Columbia International University. After graduation, on June 21,1975, they were married. After completing an M.Div. at Denver Seminary and five years as a pastor in Illinois, they joined SIM, Serving In Mission, formerly known as the Sudan Interior Mission.

In 1983 Bill and Grace and their three young children by faith took off for ministry in Ethiopia. Because Ethiopia was a Soviet satellite under a communist dictatorship, Bill entered the country as a water engineer. Through drilling wells and capping springs in drought stricken Ethiopia, Bill was not only able to give clean physical water, but introduce many to the “Spring of Life” the Lord Jesus Christ. For eight years Bill and Grace served the Gedeo people of southern Ethiopia through a ministry of evangelism, discipleship, and church planting. 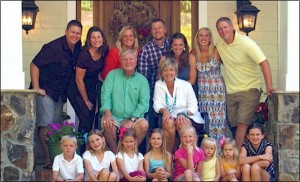 Later, Bill served as Outreach Administrator for SIM-Ethiopia located in the capital city of Addis Ababa. His main goal was to serve the Lord in facilitating the development and expansion of SIM’s overall outreach in cooperation with the Kale Heywet Churches (the SIM related churches which now number over nine thousand with over eight million members. Bill’s responsibilities included developing strategy and mobilizing resources to reach the unreached people groups of Ethiopia. Bill was involved in an extensive conference ministry, speaking in Amharic. Grace had a rewarding ministry of outreach to the Ethiopian community through Bible studies and her gifts of hospitality.

Bill is currently the SIM-USA Director of Public Affairs, building relationships with media outlets and fostering partnerships with pastors and other Christian leaders.  God is using Bill’s gifts and rich experience in Ethiopia as a conference speaker to challenge and reaffirm the priority of world missions. His ministry focuses on mobilizing students, laymen, and churches to be part of God’s heartbeat for the nations.