The links we have provided here will take you to our past newsletters prior to Fall of 2013.   All publications after that can be found in our Ministry News section 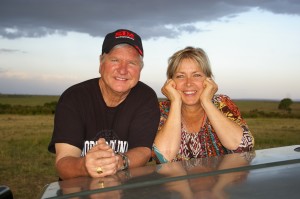 Just click on a date to view that newsletter.

Elaine Harding’s Journey   A collection of thoughts and prayer requests during Elaine’s struggle with cancer. Evidence of God’s grace and the living testimony of one of His own.

Christmas 2000  Farewell, Ups and Downs, and Joy in Christ.
Summer 2000  On the speaking circuit for Christ, graduation, and a wedding!
January 2000  – Closure to our sixteen years of ministry in Ethiopia and a new beginning

December 1998 –Great to be back in Charlotte after three and a half years…
October 1997  – An incredible story of faith with a Sudanese Uduk refugee
December 1996  – The numerous “passages” we experienced this year.
July 1996 – National Park, Witchdoctor and the Baptism of a Son

April 1989 -changes to our family situation

September 1988  -even after one of those bad weeks, God still teaches…

April 1986  -Ryan had malaria and tonsillitis at the same time… the Lord prevailed.

August 1985    -A very special Vicky Mohler came to live with us as a summer missionary…
March 1985    -Kyle only six months old, has had over ten ear infections in four months

June 1982    -On May 5, 1982, we were appointed as missionaries to Ethiopia with Sudan Interior Mission.
November/December 1982   -this will be our last Christmas here in the United States for awhile