Bill III and Elaine Harding: The Beginning of a Legacy

Bill III grew up in Charlotte, NC. He attended The Citadel, and graduated from Columbia International University. Bill met his wife, Elaine, at CIU and served in various pastorates between 1950 and 1954

Soon after, they left for Ethiopia tin 1954 to begin what has become a life long mission. They served as evangelists in both rural and urban areas, as well as serving in pastoral training in the Ethiopian national indigenous church. They raised five children there and today, each one is serving faithfully in effective witness for Christ.

On November 29, 1999, after forty nine years of life and ministry together, Elaine lost her battle with cancer and went home to be with her Savior.

Bill married Betty Stone of Charlotte on September 10, 2006. Betty was the wife of Rev. Thurman Stone for almost 33 years, finally losing his battle with Alzheimers. He was Pastor to Senior Adults at Calvary Church in Charlotte for 11 years. Bill and Betty rejoice in the goodness of God for the new joy and companionship He has given to serve Him in the remaining years of their lives.

Bill and Betty are officially retired but remain active in ministry. They are active in leadership roles in their local Church and in helping Christians understand what they can do to fulfill the Great Commission as he speaks in Churches and small groups throughout North America on behalf of SIM, challenging people to realize their potential in God’s worldwide purpose. 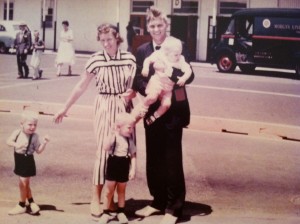 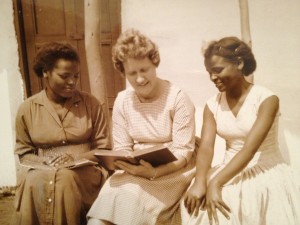 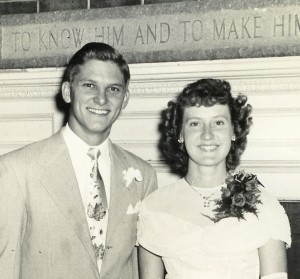 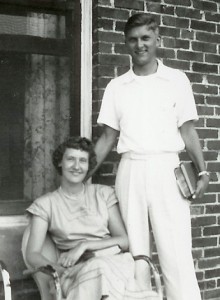 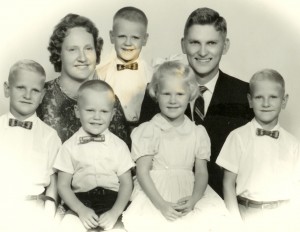 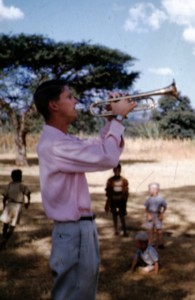 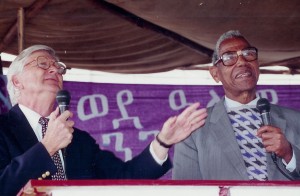 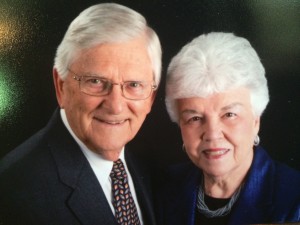 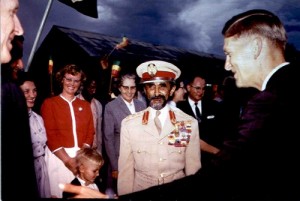 With Emperor Haile Selassie of Ethiopia in the mid sixties.