Gordon, known as “Gus” by most, grew up in Chicago, joined the navy and went to war. He was leading a Bible study on the dawn of December 7, 1941 on the USS Tennessee when the Japanese bombed Pearl Harbor.  After the war, he and June met at Columbia Bible College, now called Columbia International University. After graduation they were married and took off for Cebu, the Philippines for church planting work with the Evangelical Free Church. That is were Grace was born. After six years they had to have a medical leave and returned to the States where he planted the E. Free Church in Fort Collins, CO. The call of mission was heavy on their hearts and served in a ministry to US service personnel with Candace International in Panama, Spain and in Jacksonville, FL. Gus was a walking concordance with heart to disciple men and women for the sake of the gospel and the equipping of the church. Gus passed away in 2004.  June  used her gifts of art and hospitality to demonstrate the love of God. She now resides at a retirement village in Fort Myer, FL. We are so thankful for the legacy they leave us. 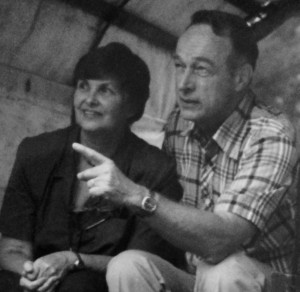