What a great Father’s Day we had as we shared at Providence Baptist Church, Harrisburg. NC.  Many of you have asked if the message could be heard or down loaded.  Here is a link for the speaking part and the video we presented at the end as well of some pictures to get a sense of the context. We had close to twenty immediate and extended family members there!

At the end we had a baton representing spiritual legacy and passed it on through four generations. Dad, me, Drew, representing Ryan and Melissa, Kara and Kyle and Margaret and their kids and then Drew’s daughter, Kaiden, who represented the next generation of Hardings.

It was indeed a banner day!

To God be the glory! Thank you for your integral part in supporting us along the way through your giving, friendship and prayers! 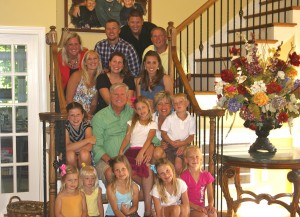 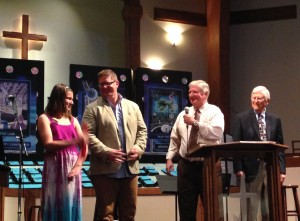