Things we are  thankful for:

#1 What God has brought together: Bill and Grace 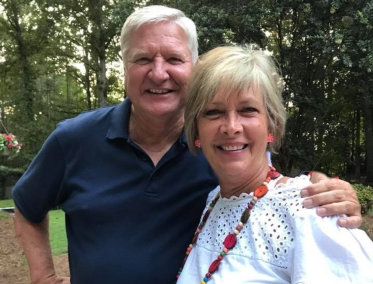 Can you believe it? This year we celebrated 45 years of marriage and we still love each other! So, so blessed! Thank you Jesus!

#2 Safety in Ethiopia and Here in America 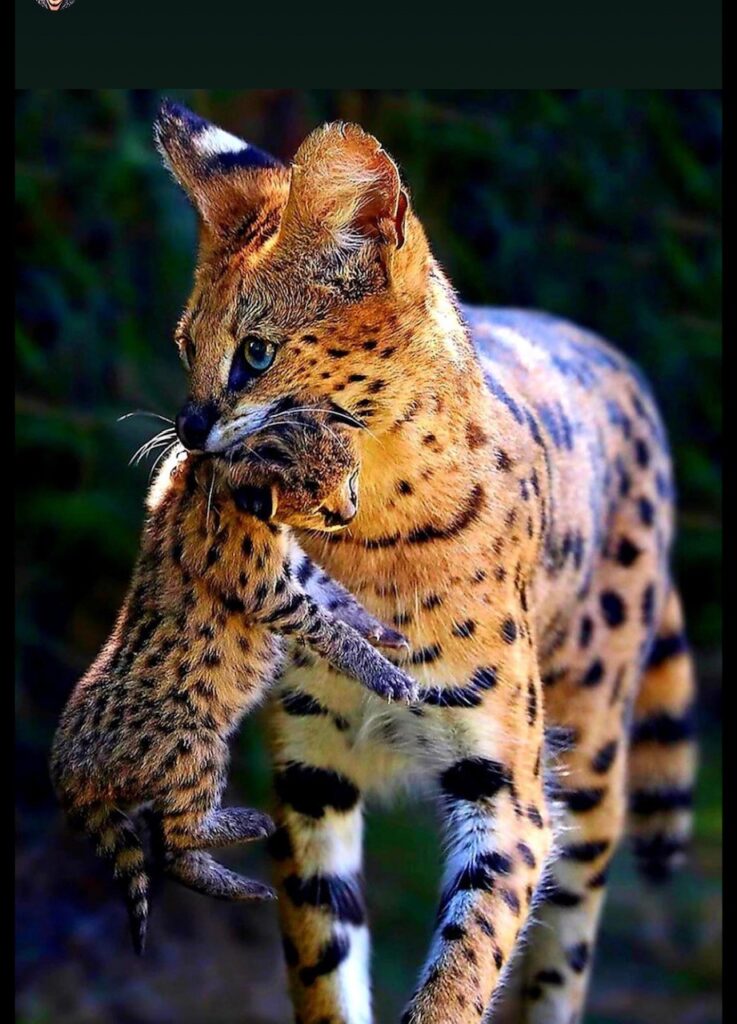 Do you know what kind of cat this is? One like this got on our porch roof in Ethiopia and crawled between the roof and the bamboo woven ceiling with its tail sticking through a hole. I could have used my spear to pin it against the roof…but I knew better. If I missed, that would be the end of me. I gathered a bunch of men with spears to surround the porch outside. All were ready for the attack to kill the cat. I was able to scare the cat back on the roof. All of our hearts were beating fast, especially the cat’s! The adrenaline was flowing fast as all eyes were on the cat. All of a sudden the cat bolted at lightning speed on that tin roof and jumped about fifteen feet over all the “farmer-warriors” and quickly disappeared. GONE! All stood in awe and wonder and I stood relieved. Yep, this is a Serval cat. Don’t mess with the Serval cat!

God has also protected us and our family from the Covid-19 virus and kept us healthy. 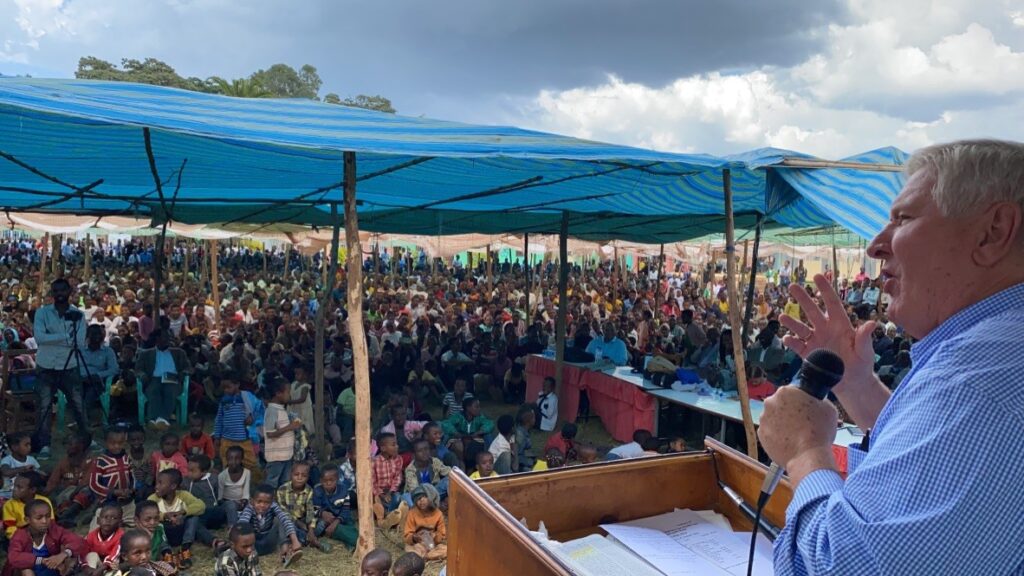 In February and early March at the beginning of the Covid-19 virus outbreak, Bill was leading a team in Ethiopia preaching to tens of thousands hungry to hear the Word of God.

Bill had the opportunity to speak to the students and staff at Bingham Academy where Bill attended elementary school as well as all the Harding kids. The Spirit of God moved in a powerful way and many made decisions to follow Jesus.

In these trying days of social distancing and lock-down, the technology of social media, especially ZOOM has made it possible to communicate and minister in churches and with people in Ethiopia and beyond. Grace has used this platform to connect with so many and has had a great witness for our Savior, Jesus Christ

• Pray for peace in ETHIOPIA! Our beloved country is on the verge of civil war. Ethnic, political and religious tensions have been simmering for years and this week the Federal Government’s military has begun bombing and fighting in the North of the country. So, so sad!

• Rejoice that our son, Drew, his wife, Janna and the five girls who live and minister in South Africa will be able to join the rest of the Harding family for Thanksgiving, with us her in Waxhaw, NC. Yay! So, so thankful for family! Kara, Kyle and Ryan’s families are so excited to be with siblings and cousins!

• One of Bill’s closest friends and ministry colleagues in Ethiopia passed away last week. He was Bill’s translator when speaking to the Gedeo people. Thousands attended his funeral in Yirgacheffe, Ethiopia. Pray that God would raise up other leaders for the church in Ethiopia like my dear friend, Bekele Abu. 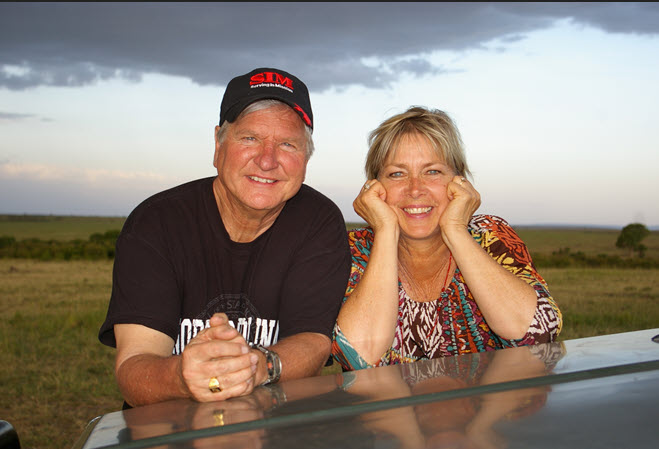 Grace and I wish to thank you personally for standing with us the way you have, especially in 2020. Our hearts are filled with gratitude to God for your prayers and financial support.

There are so many good causes and organizations to contribute to. THANKS for choosing us! 30% of our support comes from year-end gifts We give praise to Him for His provision through you.

Every blessing and have a great Thanksgiving Day